Birth of the stamp

The process which led to the birth of the stamp Marianne de Béquet is fairly well known, because Pierre Béquet gave himself quite a lot of information about this process which can be found in particular in Jean Renard’s book La Marianne de Béquet témoin de son temps. I will resume the main part of this information in this article, by illustrating it by means of the corresponding documents. This article will be divided into 4 parts corresponding to the 4 models which were presented by Pierre Béquet to the administration.

The starting point for the history of the stamp Marianne de Béquet is a precise specification proposed in July, 1970 by the Secretary and the managing director of the French Post Office (we may notice a certain analogy with the English stamps based on the portrait of the Queen, for example the current Machin type series):

On a very dense background, it is necessary to highlight a very large figure, and getting loose a white profile symbol of the Republic, with a vertical line of legend “République Française”.

Pierre Béquet, the only candidate for producing the new stamp with Marianne type, first made eleven sketches on red Canson drawing paper from the drawing of the “Marianne de Cheffer” stamp (the definitive stamp at that time), for studies of formatting (balance between profile, inscriptions and face value). We can see below two of them: 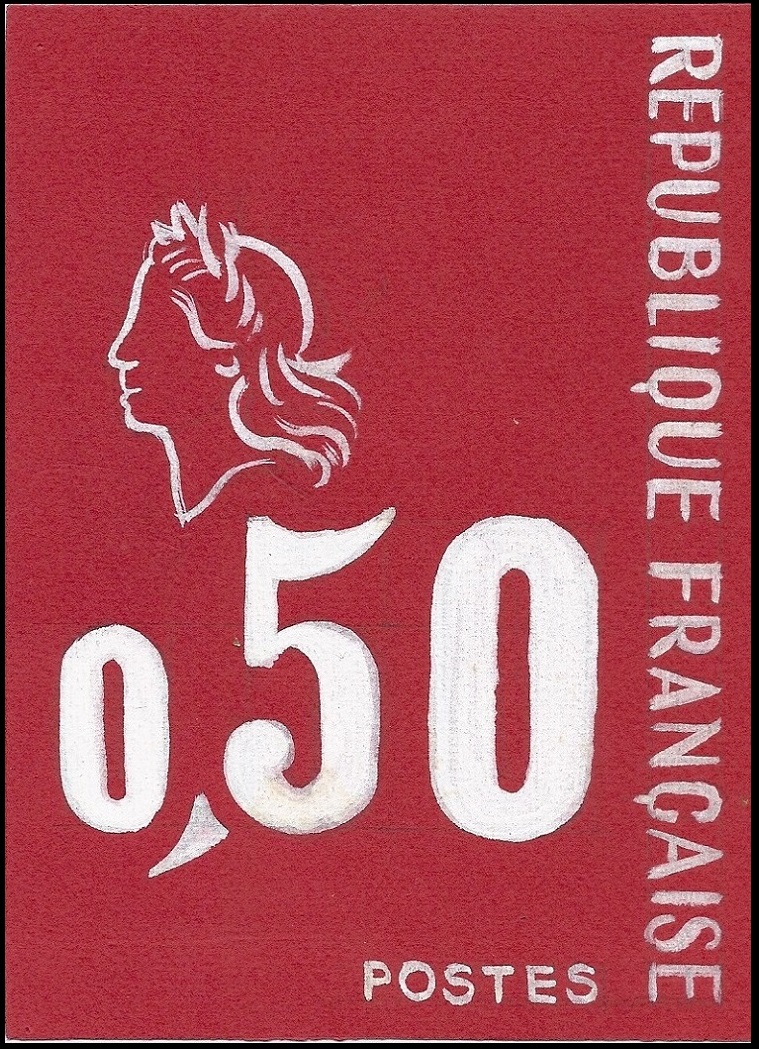 one of the eleven sketches produced by Pierre Béquet 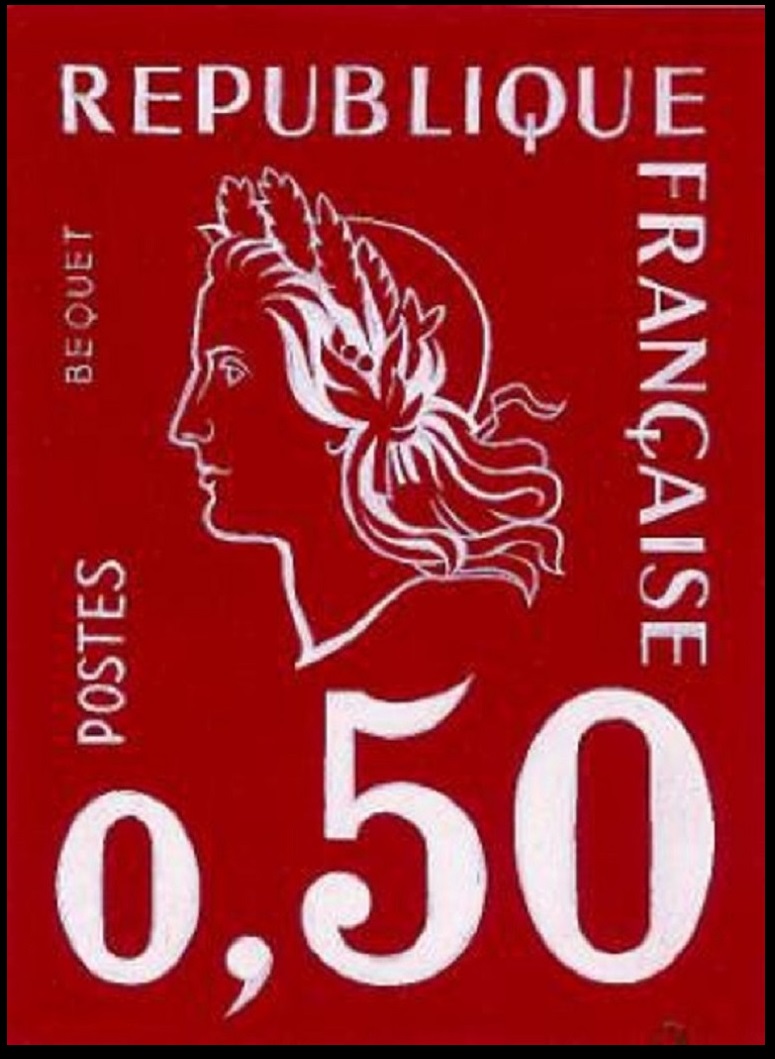 These sketches will lead to a first original design kept at the Museum of the French Post office and refused by the postal administration because too much looking like the then used stamp “Marianne de Cheffer”.

Thus the postal administration asked Pierre Béquet for an original drawing. Three studies were performed from the portrait of Pierre Béquet’s wife:

These studies will allow to reach the original drawing number 2 where Marianne’s face is coloured in white. This original drawing will not either be accepted by the postal administration because this coloured face was considered as preventing the reading of figures.

Three drawings on tracing paper will then be made.

The first one, presented below, has the profile quite different from the final drawing and the text in small letters: 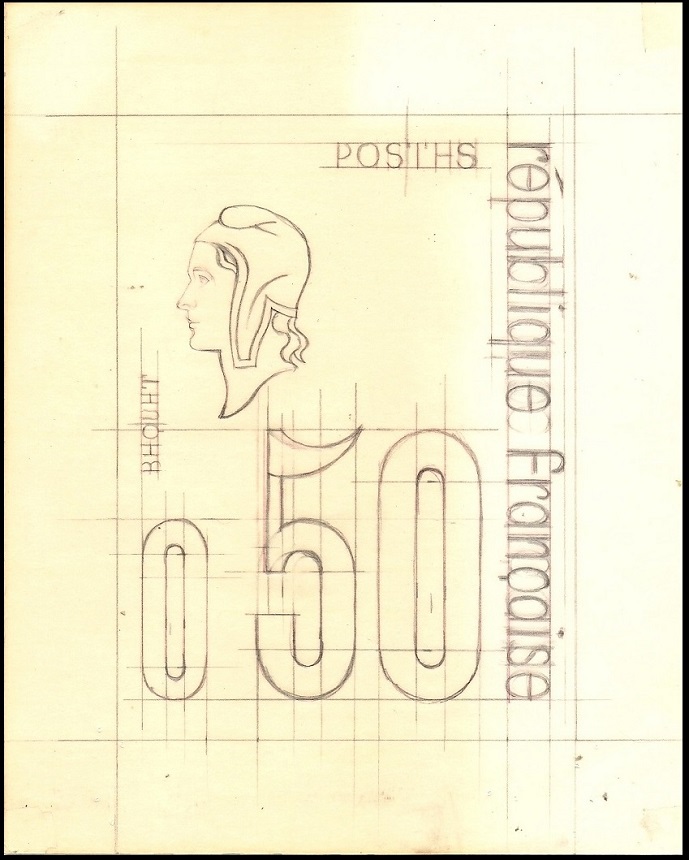 The following is the 3rd tracing paper made. The profile is now the one which will be final. But the relationship between the profile and the figures will still evolve. 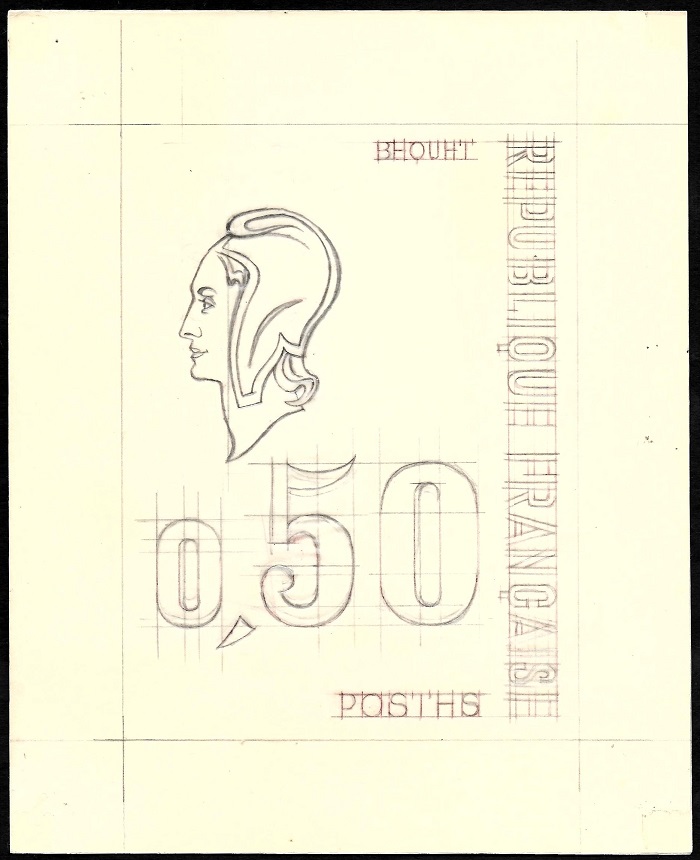 This drawing on tracing paper will lead to the realization of a 3rd original drawing, which will be refused, the profile being considered too small with regard to figures.

Pierre Béquet will then realize the following 4th drawing:


This study on tracing paper will lead to the definitive original design (visible at the Museum of the French Post office) that was accepted on November 5th, 1970: 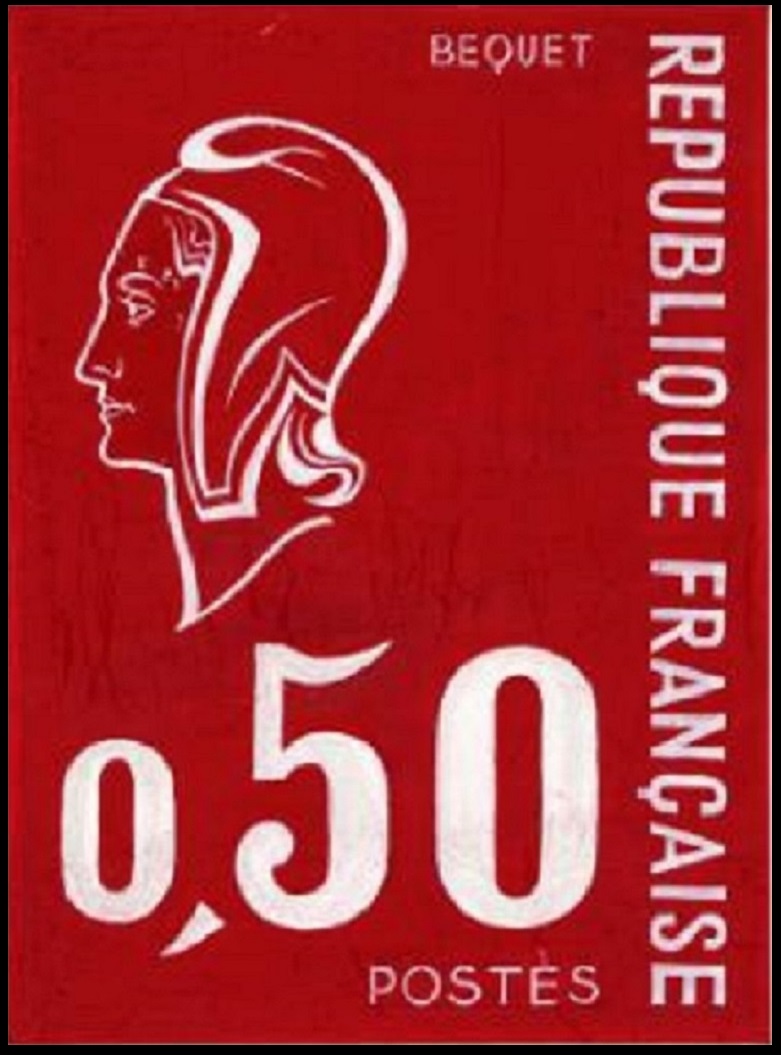 It may be noted that the locations of the word “POSTES” and of the name of the engraver “BÉQUET” have been exchanged between the original design and the steel die which can be seen by hovering your mouse .

Special documents
Genesis of the stamp
Introduction to the technical study