In this article , we will present a forgery to deceive the postal service, printed using the offset process . We will first present this print mode before describing this postage stamp forgery called "forgery from Aubervilliers".

The principle of offset printing

Offset printing is a process that appeared in the late 19th century and gradually replaced lithography.

Offset printing is a method of printing in which the image to be printed is engraved on the printing form (the offset plate), then transferred to a rubber roller (the blanket) and then to the printing medium (usually paper).

The printing form has a base, often in aluminium, which serves as a support for two superimposed levels: a hydrophilic level (usually a salt) surmounted by a lipophilic photosensitive level (usually copper or a polymer).

In this printing process, the image copied on the printer form (most often by laser insolation) will be represented by the sensitive level, which is oily by nature, while the part without image will be represented by the hydrophilic level. The printing form will then be moistened (because the salt parts are only lipophobic if they are wet); the parts without pictures will fix water while the greasy image will repel water and accept ink.

Offset presses are usually made up of four printing groups for the four primary colours (yellow, cyan, magenta and black), but there are offset presses with up to ten units. 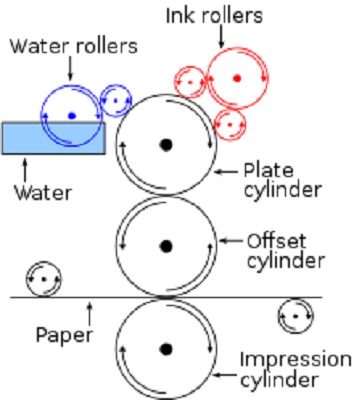 The “forgery from Aubervilliers”

A forgery of the stamp 0,50F Marianne de Béquet to deceive the Post Office is known, which is called “forgery from Aubervilliers”. This stamp, printed using the offset process, is slightly greater than an authentic one (20,5 x 26,5 mm instead of 20 x 26 mm) and perforated 11x15. 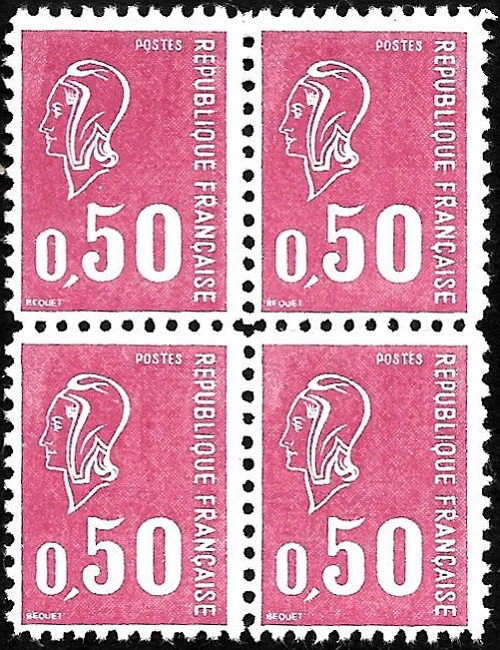 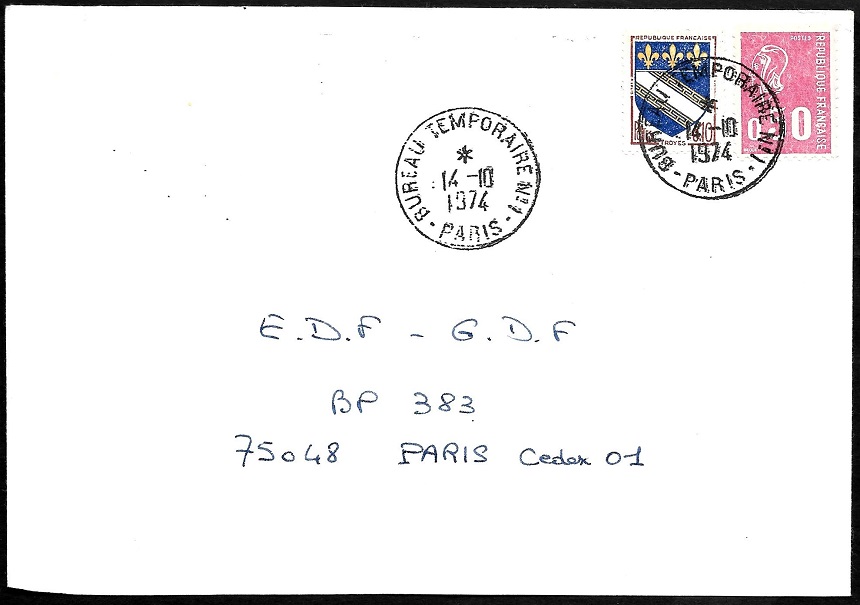 Of course, it is difficult to get accurate information about a forgery stamp. It seems that this stamp appeared at the end of 1974 and that it was reported to the philatelists by J.F. Brun during Arphila 1975.

Such unperforated and ungummed sheet stamps are also known: 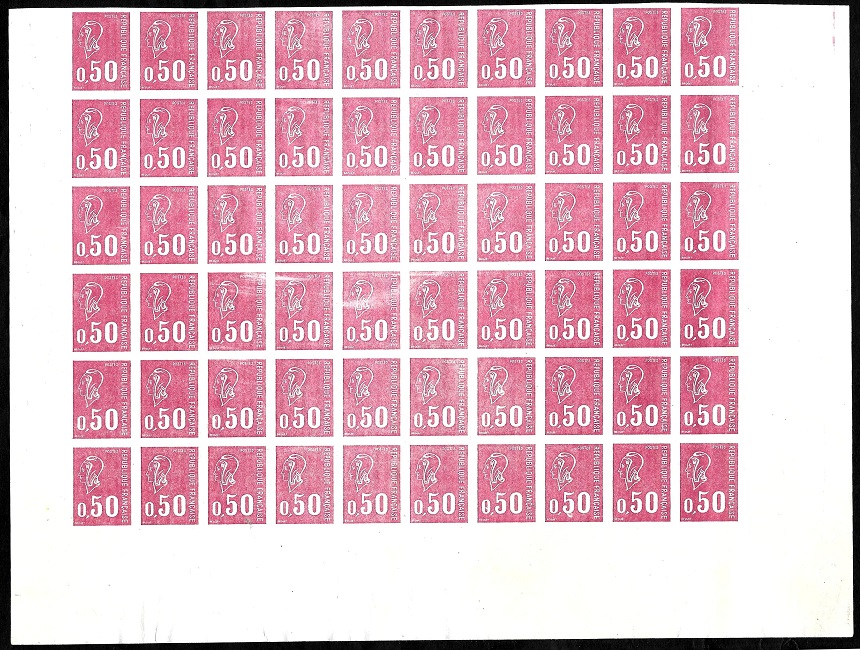 a block of 60 unperforated and ungummed "faux d’Aubervilliers" stamps

It may be pointed out that there is an official note in the Post Office Bulletin of January 1980 indicating to postal agents this forgery (the date of publication of this note is surprising because this forgery is known on letter since the last quarter of 1974 and that the stamp 0.50F Marianne de Béquet was removed from sale in July 1978). 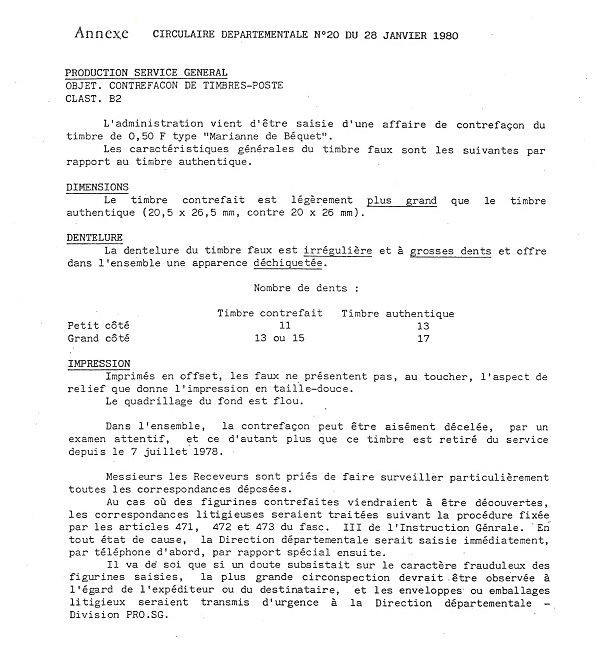 original advertising of the DALAMI company

Finally, let us point out a hypothesis suggested by Dr; GRASSET in Le Collectionneur Philatéliste et Marcophile on the possible origin of this forgery.

The company DALAMI had created a display advertising with two 0,50F Béquet stamps (see figure to the left) with permission from P. and T. who did not indicate that the stamp should not be reproduced in the colour or size of the original stamp.

The advertisements already printed were overprined (see figure to the right) and the printing plates used by the printer were deliveredto the administration. But it is likely that another printing plate existed and that it could have been used to produce the Aubervilliers forgery, especially since the defects of the printing plates and the forgeries are identical (according to Dr. GRASSET).

modified advertising of the DALAMI company